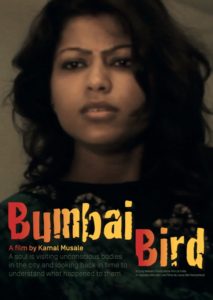 Our production Bumbai Bird has won the Best Indie Film at the European Cinematography Awards 2017.